One of the offshoots of the rise of 3d printer tech is the proliferation of cheap "CNC" machines thet use the same control circuitry as a 3d printer but usually swap out the belts for drive screws and guide rails use a cheap spindle instead of the hot end and are usually constructed out of standard 2020 extrusion and a few machined parts.

I've seen these things knocking around but mostly assumed they were trash but their prices have been dropping a lot in recent years and you can pick one up for under 200 bucks. 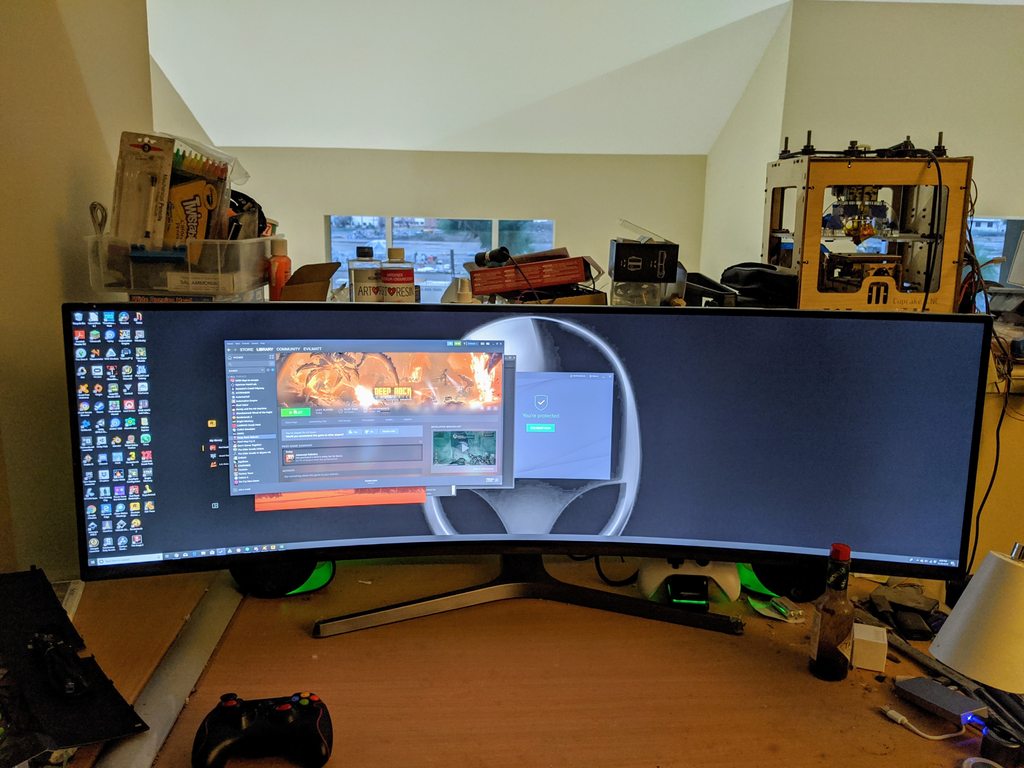 I've been looking forward to Obsidians new game for a while one of the splinter factions that spun out of the death of Black Isle who made some classic RPG's (Baldurs gate, Fallout) Obsidian have been making interesting if sometimes flawed games for a while with the great but unfinished KOTOR 2, Neverwinter Nights 2 which had alot of promise but was hamstrung by the engine. Things like Alpha protocol the slightly shonky Spy RPG game the third dungeon seige game and then the excellent but buggy Fallout New Vegas.

So borderlands 3 came out a short while back. Annoyingly epic exclusive although I managed to pick it up in the badly managed epic mega sale for a nice discount before they realised their mistake and pulled it.

So Epic is bad everyone knows it

They promised a bunch of features like preloading and cloud saves basic stuff all modern game stores support. If you look at their roadmap these are marked as implemented but it came out recently that the upcoming borderlands 3 supports neither preload or cloud saves. They've also pushed back a bunch of features to later this year that were promised in the first 6 months.

So we've had a few of the pre conference presentations Microsoft on saturday Bethesda on sunday EA had a quick thing on saturday no presentation as such just a "we've got nothing much move along please" and Ubisoft's and Square Enix was today not seen that yet.

Observation is a short story focused indie game where you play as the AI on board a space station where something has gone very wrong. All of your interactions with what's left of the crew and the station itself take place at first through fixed cameras inside the station then later little drone cameras you can maneuver about.

So Rage2 is a strange sort of game it has a lot of flaws and frustrations but the core gameplay the combat is very satisfying.