One of my goals for this year of doing was to learn Blender 3D and with some of the other goals going rather well, I decided to plough this evening into it. My end goal is to start reproducing Icar models in Blender.

I don't have the time to learn Blender like I did Lightwave, which was to sink thousands of hours of play. I have precious little free time, so I've decided to be a little more structured in my approach.

I bought Hard Surface Modeling from Blender Market, knowing full well that it was going to go at a million miles an hour. I don't mind this so much, I like pausing and playing when going through tutorials. All my drones were built with video tutorials, so why not this? The tutorials are version 2.7 and I'm using 2.8, which is quite different. Here's a sexy video to wet the appetite!

My standard way to learn software is to create my own shortcut sheet - which I've begun. 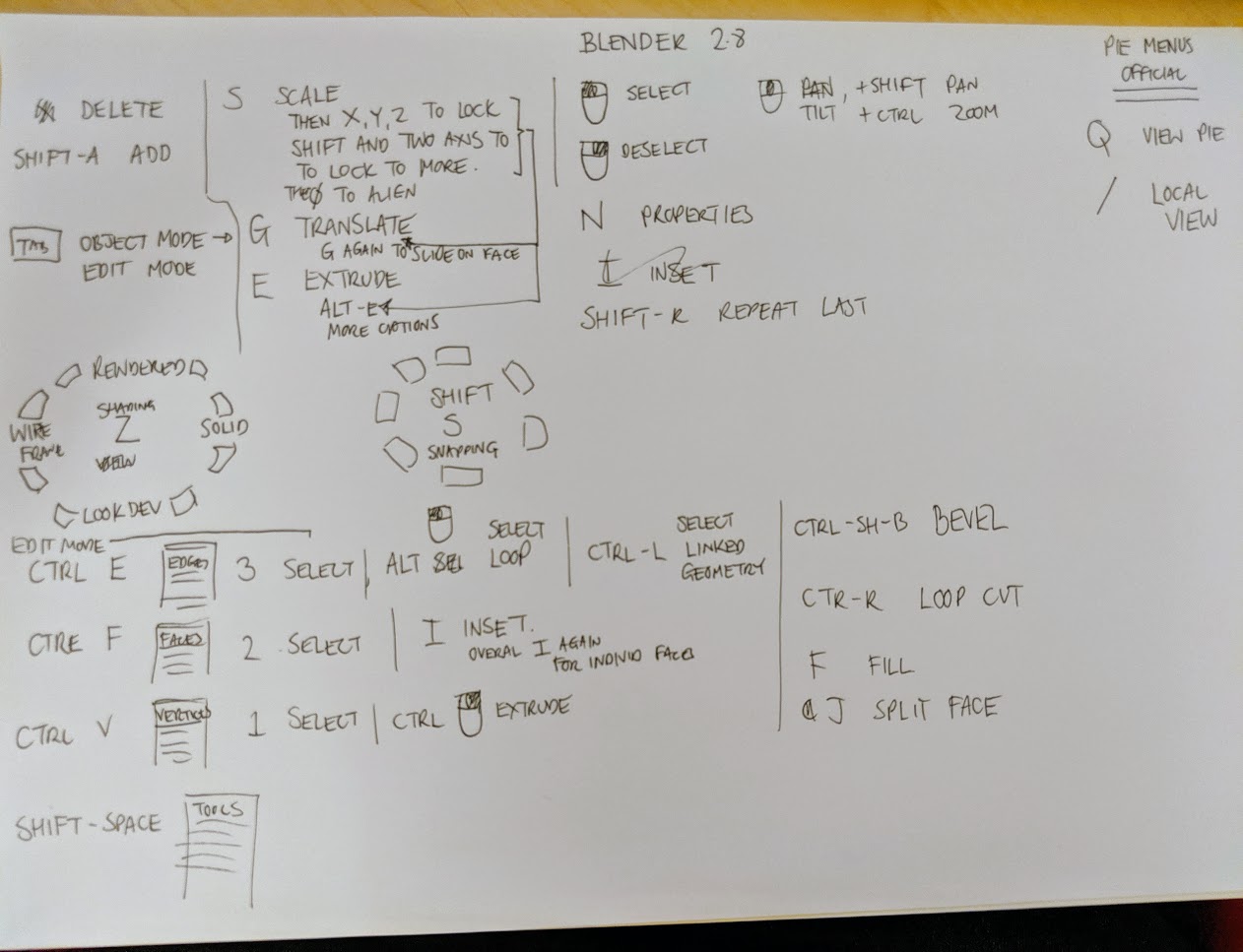 It's version 1, there'll be many more!

The first part of the tutorial was just modeling basics. I'm used to the concepts but the manner of the tooling is different. Object/edit modes and isolation of models is handy, helps avoid vertex soup and I'm a fan of pie menus - of which there's a lot. Even a plugin for making more. Translate, scale, rotate, extrude, inset, bevel, various selects and locking motion to axis are all easy enough. I'm pretty tired this evening after a late work task last night (I'm waiting to do part 2 as I write this) but I found everything in a sensible place. There are things I know now (splitting faces and joining edge loops) that I never figured out in Lightwave; definitely my ignorance but without a structured video series, I was never going to progress far.

Here's where I'm at after 2 and a half hours of fun! 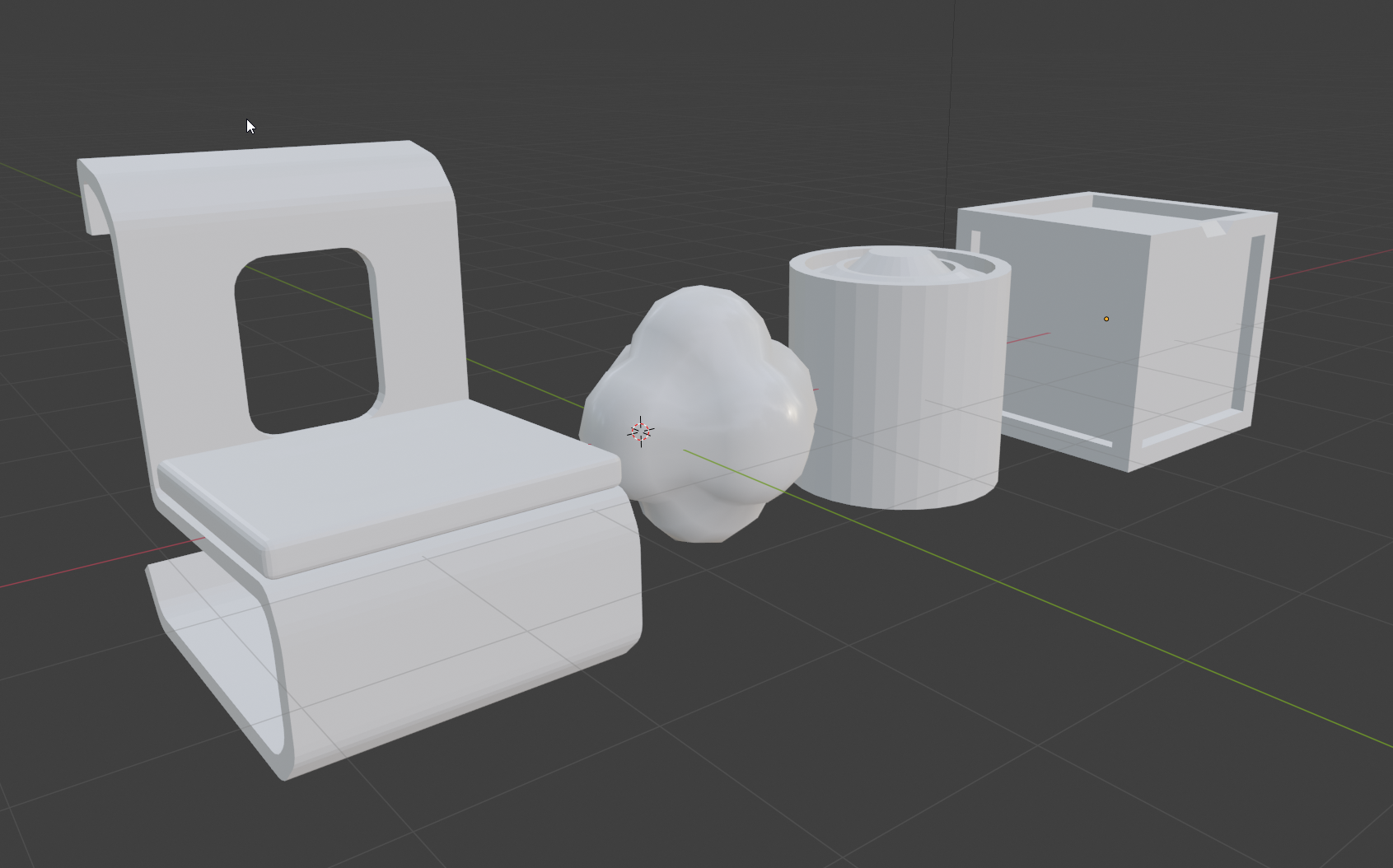 It was fun breaking the seal, I'm looking forward to the next steps.