I didn't want players to hold own W all the time. I'm sure I'm not the only one that feels the strain after a day of pressing W to go forward! You now tap WS to increase/decrease thrust and the EOT moves along in time. The compass turns along with the camera (clamped to North) and the green arrow shows the track over the ground... although it doesn't seem to take into account camera angle - so I'll fix that next.

Also, the controller doesn't cast a shadow (thanks EMW). 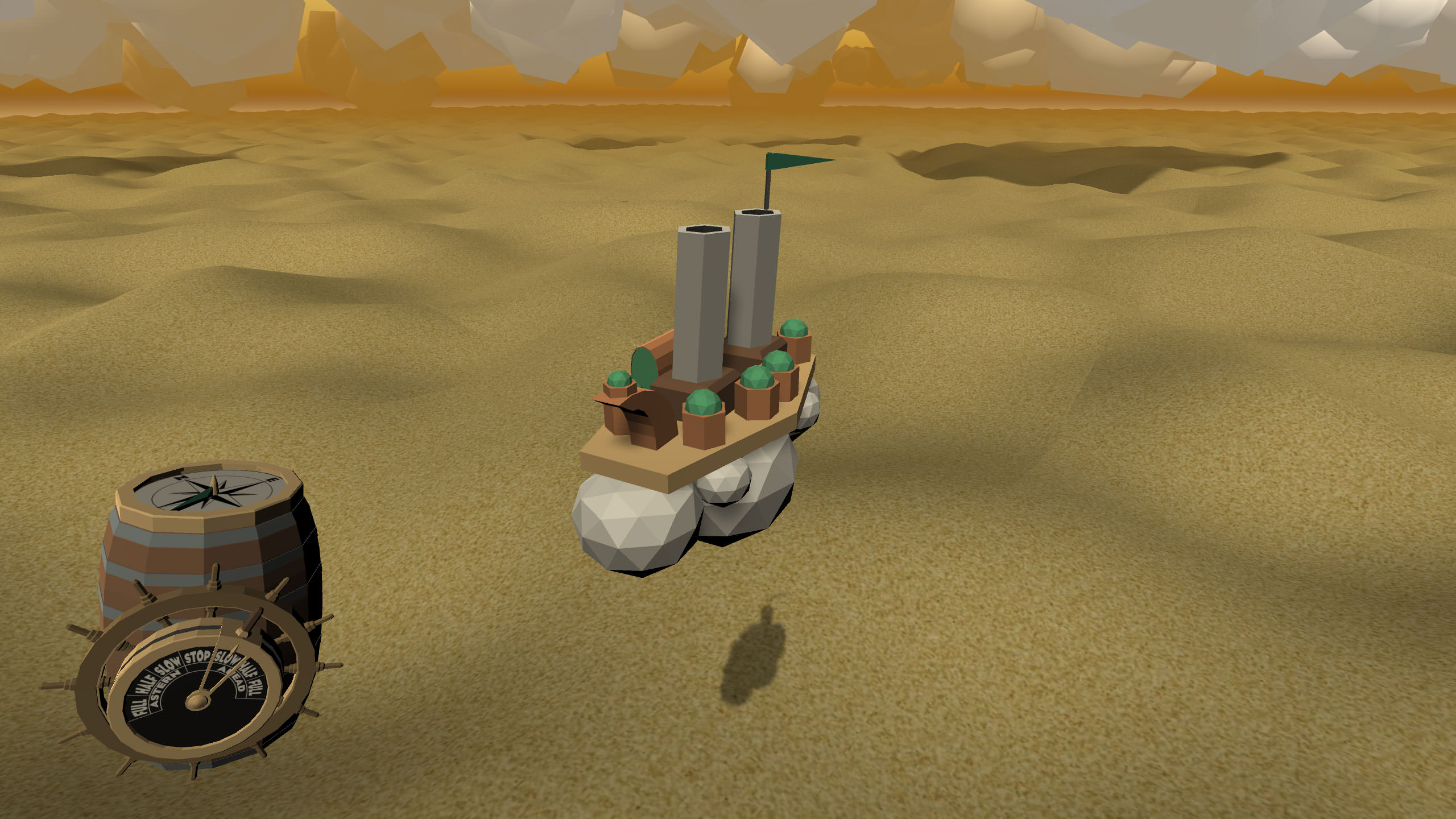 Given I'm pottering away at this, I'm making great progress. Next up is bad guys!

Not yet release but I just got the camera moving vertically! 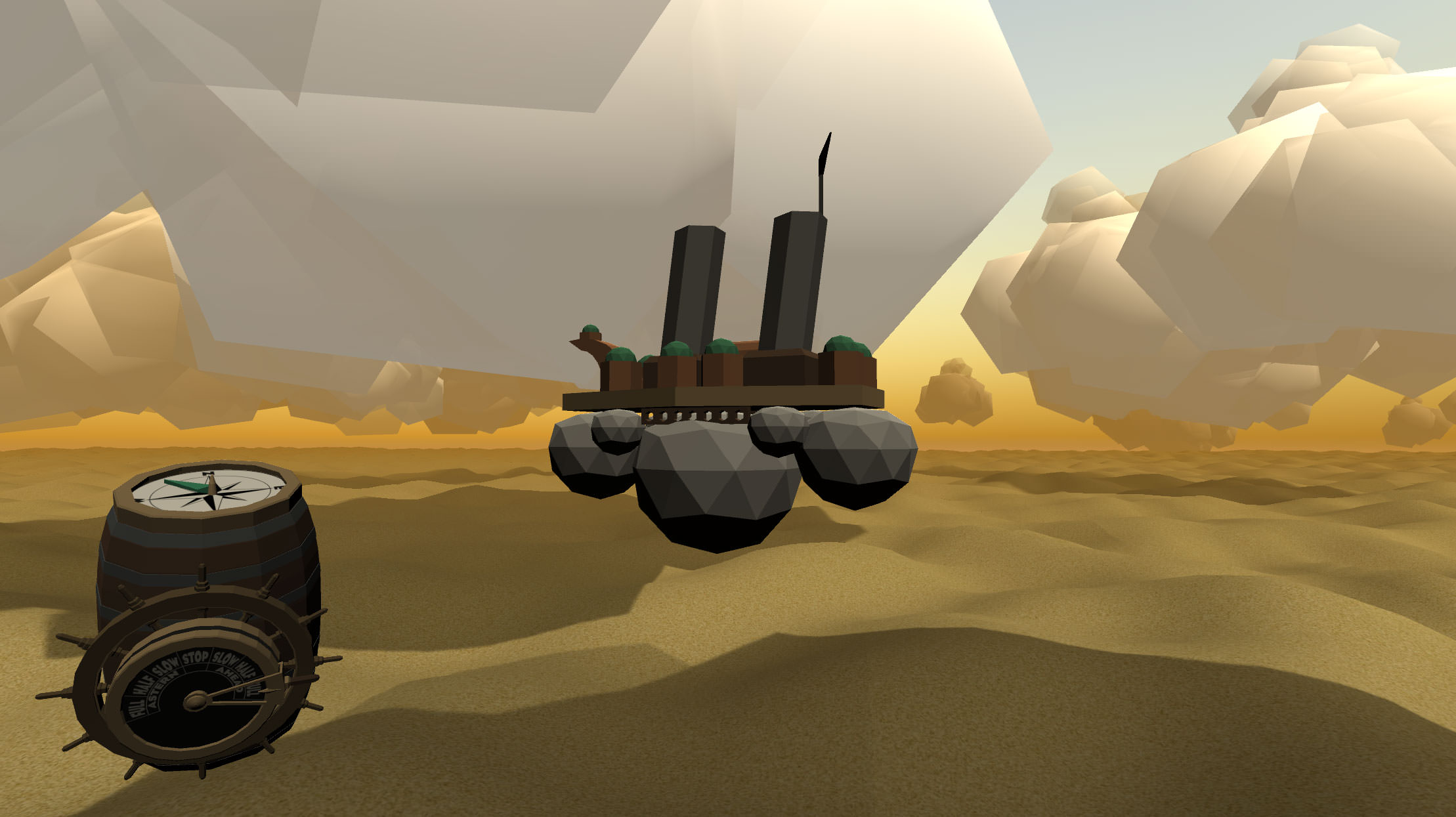 There is an unfortunate side effect that the controller doesn't have its own light yet!

I discovered that Unity has a neat way of grouping together objects into Layers (like photoshop). All done in the UI, you just tell which layer an object is on and then you can say to lights "Light only Layer X, Y, Z, not A,B,C". It doesn't affect the object hierarchy; the wheel is still a child of the barrel controller but it adds more flexibility easily. When editing stuff, I can do Photoshop like things such as hiding layers. When I come up with a "build" controller then I have to assign it the same layer as the main controller and it will be lit in the same way.

This morning, in a rapid 45 minutes, I made a new Cloudship and assigned it all the properties of the previous blob I had moving about. 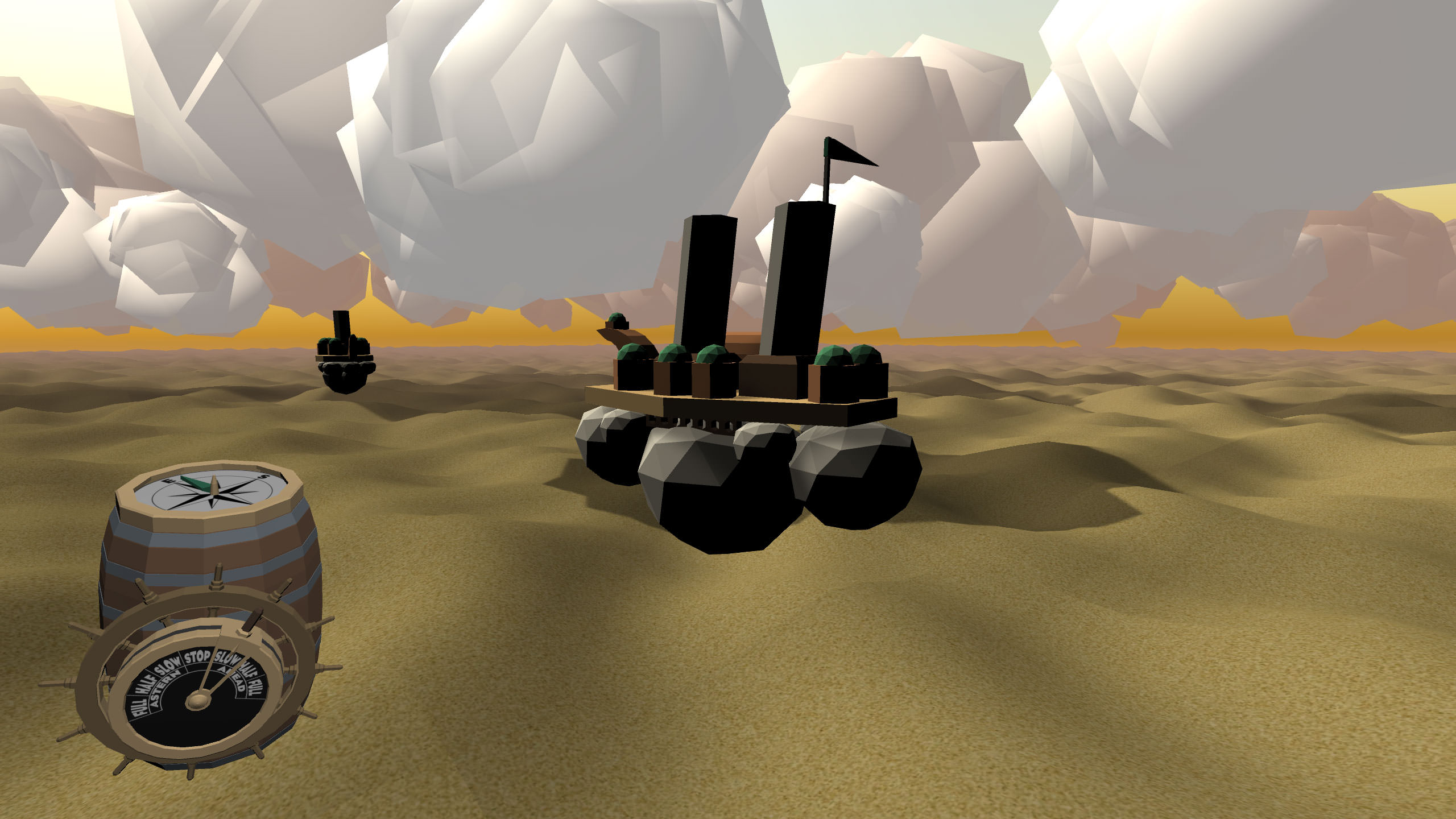 I haven't got the "baking" of collision meshes in just yet, but that is next. After that I'm going to give the bad guy the ability to shoot, keep track of damage, then random spawning of bad-guys. Perhaps a score counter etc. I have a pretty good list of "what's left" on GitHub

At that point, I think it's arguably "a game". A not very fun game but a game nonetheless. I might give it a break at that point and work on The Commute for a bit. Before I do any of the Cloudship resource gathering/building, I need to have the design worked out on pen-and-paper. I have a feeling for it but there are lots of options and none of them have jumped out at me. I might have to do some research into the different ways other games do it.