I've been enjoying building up my Imperial Rank to buy an Imperial Clipper and last night I used the emergent properties of the game world to win a fight I could not have won myself.

The mission was to bring back 27 units of Uranium. Nothing too difficult there however the price was high and the rank was "Elite", way above where I am. My ship, the Fug... 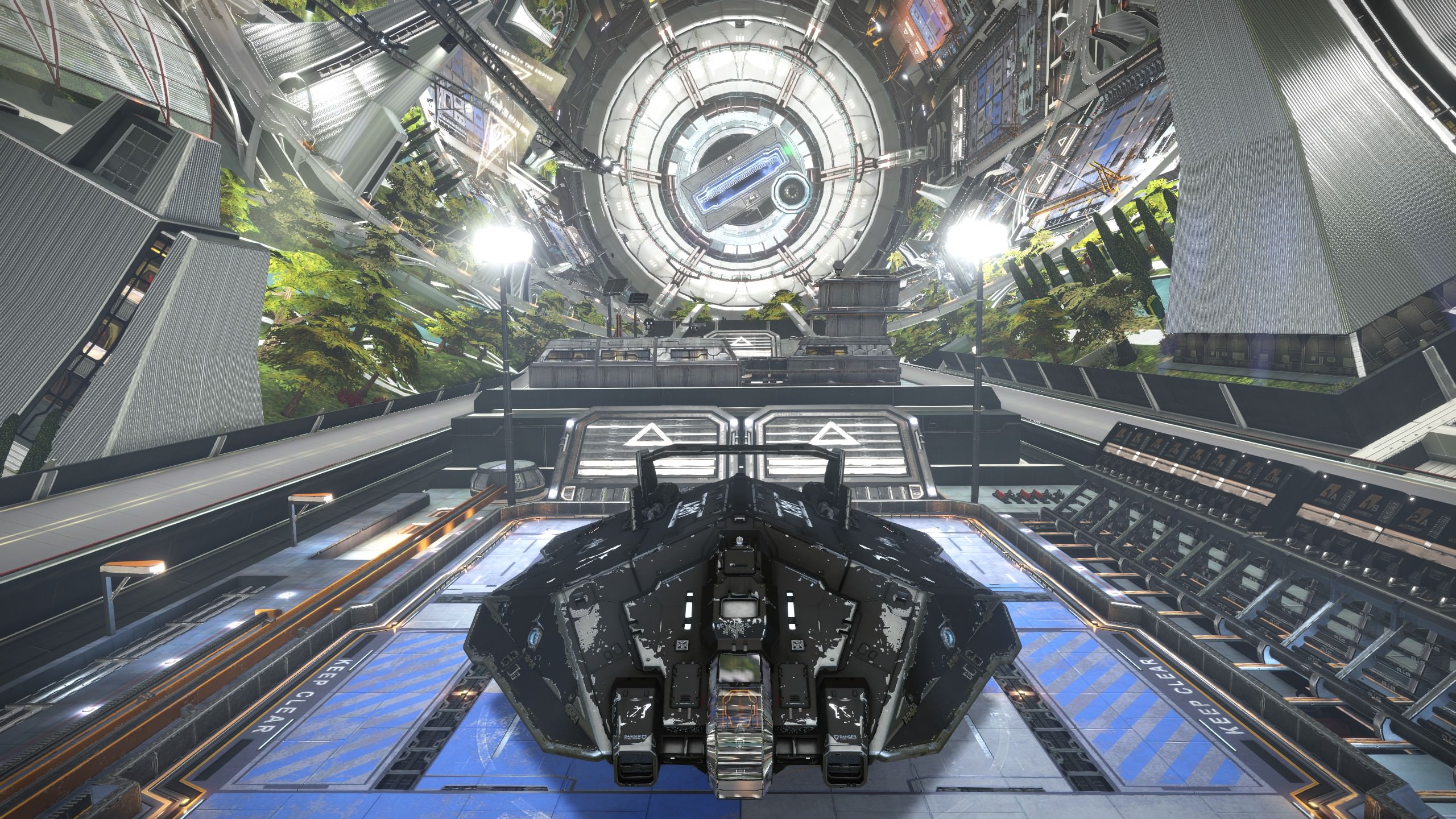 ...isn't really cut out of hard-combat. It's a bit of a glass cannon, not much use against combat-equipped ships.

But I take the Elite mission anyway because I'm quite good at avoiding bad guys in the "interdiction minigame". Last night was no different; I collected my cargo and speeded back to where I collected the mission. The bad guy sent to kill me caught up, told me that I'd got a long way with such a big haul and proceeded to interdict.

I began fighting it, as normal but then realised that I was really quite close to the orbital station that I was delivering to. The stations always have lots of security and although I would not be as close as I would for docking, would I be close enough? The enemy was a Dangerous rated Vulture and the people who gave me the mission were offering 70k bonus for taking him on. I'd take him on if he was rated as "Mostly Harmless" with a 20k bonus but not 70k and Dangerous; I've made that mistake before and paid the 1.5m rebuy cost for it!

Checking the scanner, I could see that there were bright green (friendly) spacecraft nearby. System security vessels. Pulse racing, I set throttle to idle and drop out and take my chances with the Vulture.

He demanded cargo, I started weaving and dodging but my shields were soon nearly gone. I tried fighting back but my lasers weren't tough enough to clear his shields in a single pass. I put full power to engines and started to bugger off... BUT THEN! FRIENDLIES! They were all over him like flies. His shields soon went down and I rejoined; mine having recharged a little.

His hull frittered away before exploding and I was given the 70k AND a 120k bounty (and more % for the Imperial rank).

I was relieved that my gamble had paid off. If I had run away sooner and not turned to fight then I could have easily have waited for the cavalry. So next time I am interdicted, I'll pause have a look around at who is about and then take a chance on it. It's added yet another dimension to the game; one that I discovered by myself having taken the risk.

I have never gotten the hang of those missions. (please excuse the next phrase for sounding a bit wrong) If you ever need a wing man I am sure I can get the old Python out of moth balls and back into the fray (or the Anaconda or Asp).

Thanks mate! It would be great to have some more regular gaming but my evenings are pretty sporadic right now. Sunday night seems pretty stable but I only have brain for nonsense by then.

The missions are best performed by stacking; taking more than one at a time. This does increase the risk but also allows you to unlock ships that require military rank. To be fair; they're not the best ships in the game, I just like the way it looks!

After the next update (in a week), there are going to be "Wing Missions" where you work together and all get a slice of the pie. I do enjoy a bit of combat in mining rings, especially if there's one of you with something big (like your conda). Also in the next update is fixing the bloody engineer system by taking away the random element. Now you can predictably upgrade your modules, rather than hoping for the best and being sorely disappointed.

No worries, it was just on the off chance.

There is a good chance I pick it up again when the new features go live, the new trading options look like a great step forward.

Alas the Anaconda is currently only a freighter, gearing it up for combat is going to cost a bit more than I have ... but who knows, if the new changes are any good I might just do it.