So I built a pub

EMW has built some pretty epic farms, one that delivers watermelon and the other pumpkin. I didn't like that the output just spilled over into nothingness, so I decided to build a pub where the melon was paraded in front of the people. Here it is: 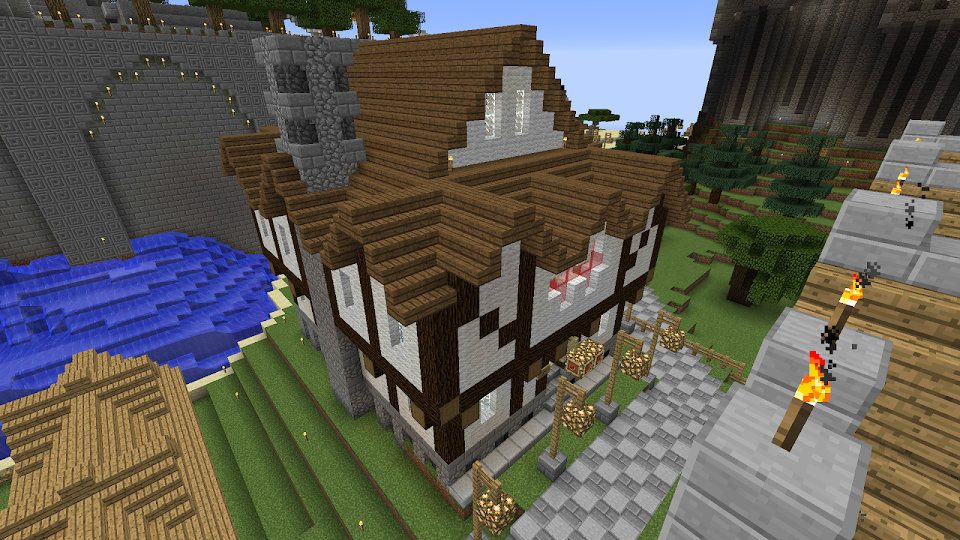 Situated between the Uberstore and the Evil mansion, where I've been building recently. I rather like the roof. Here's the inside... 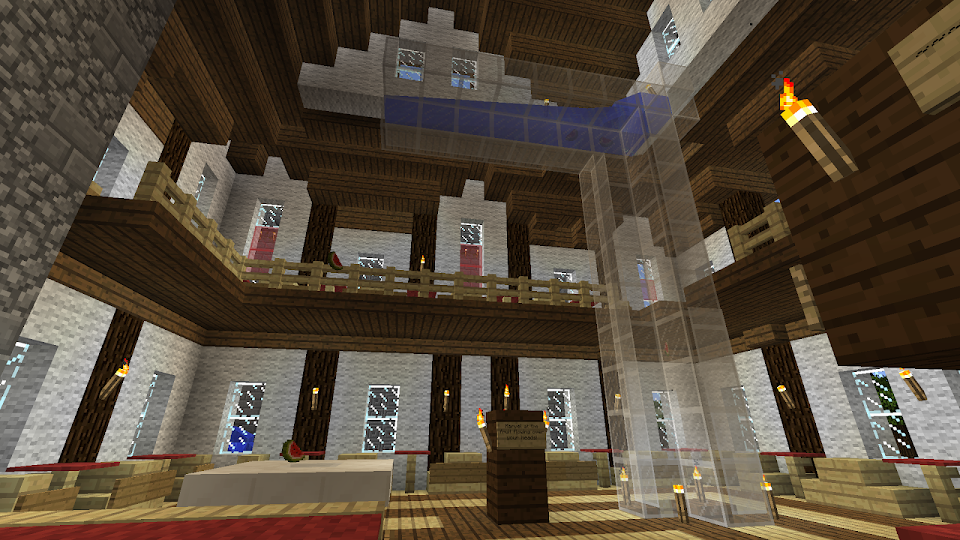 It didn't always look like that... I started off by having the melon fall into fire. Then this happened: 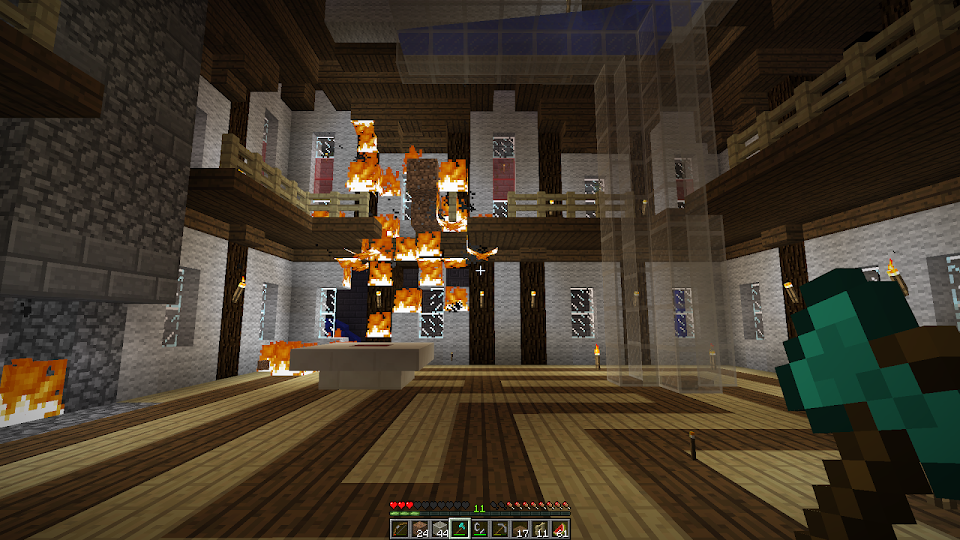 I managed to put it out. Took me 30 minutes to repair! 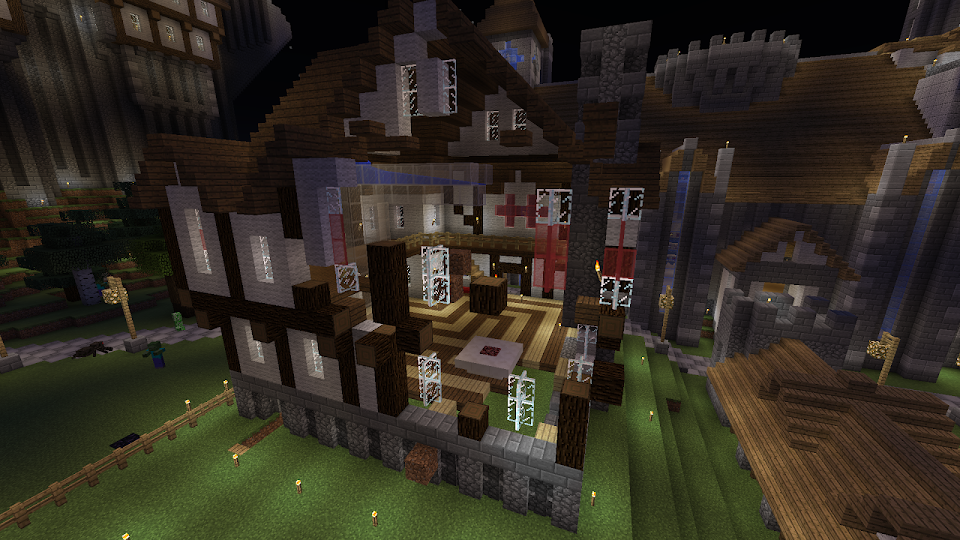 I've always been fascinated by this bowl shape on the side of the Vertical Slum. Looks like it should be a lake. So I decided to turn it into one. 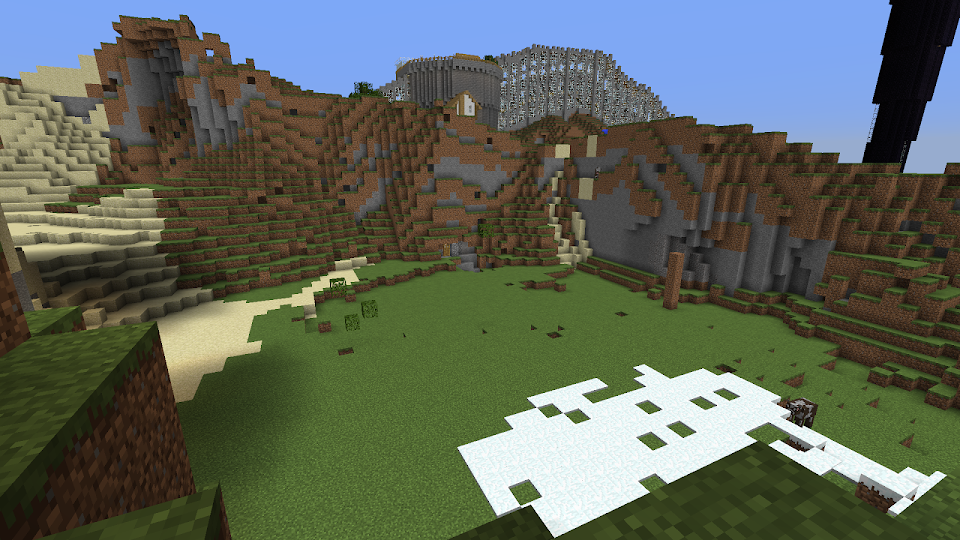 It needed to be a bit deeper, so I took 128 TNT (naturally made from saving up Creeper gunpowder) and got to work. 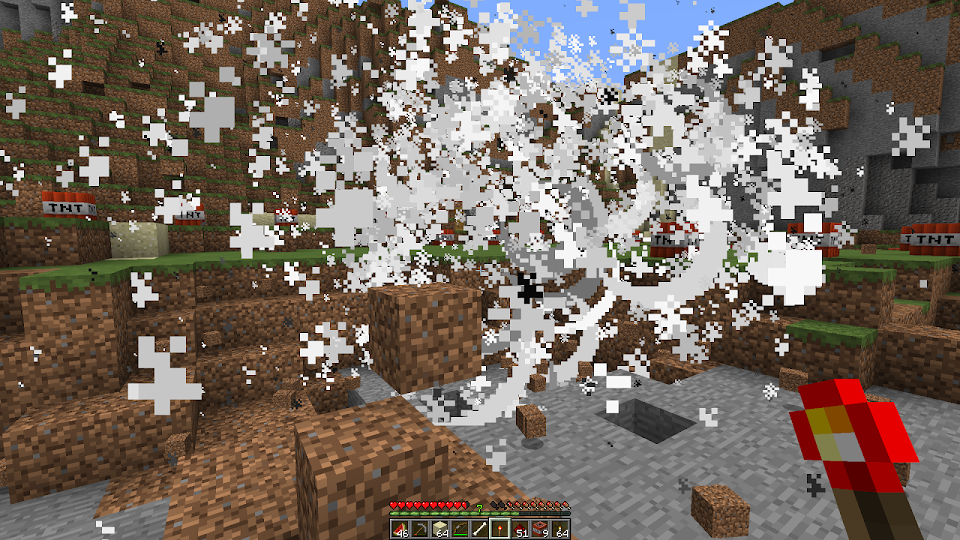 Here's it at the mid-stage (after about 70 TNT). Looks pretty rough. Only interested in getting down to rock, that should be deep enough. What's that I see in the middle? 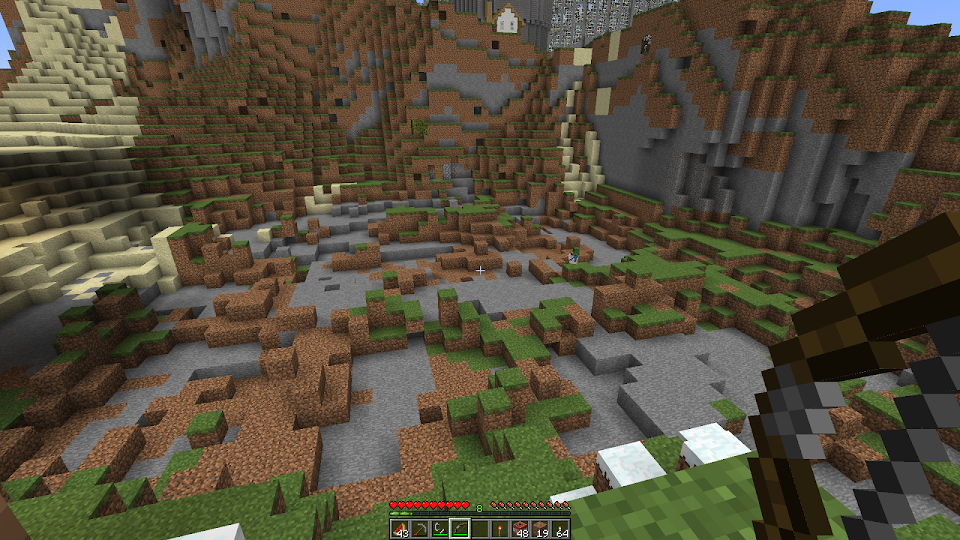 Cute! And deadly. COMING AT ME WITH A MUD BRICK! It must die. 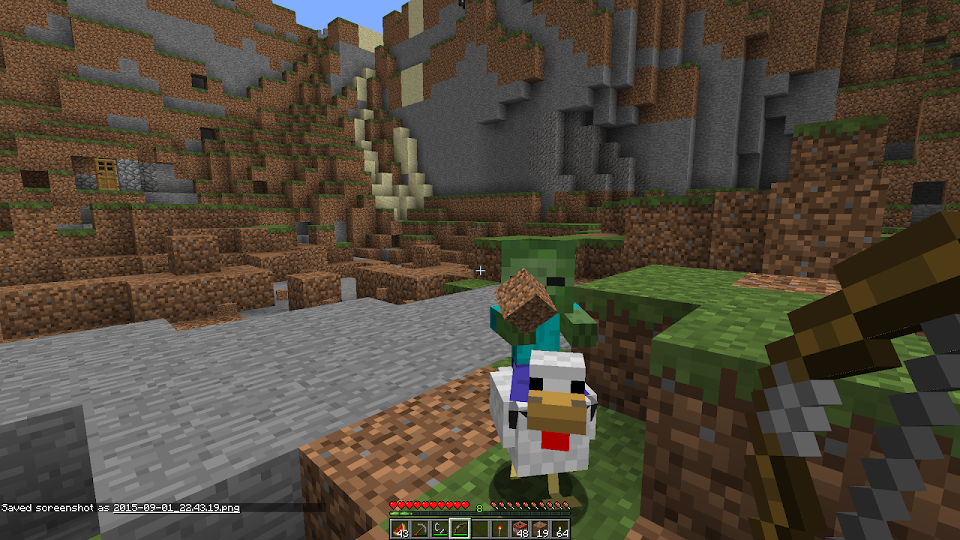 Once cleared, it was time to create a flat mud floor to put the water on. We're not short of mud in the Uberstore. 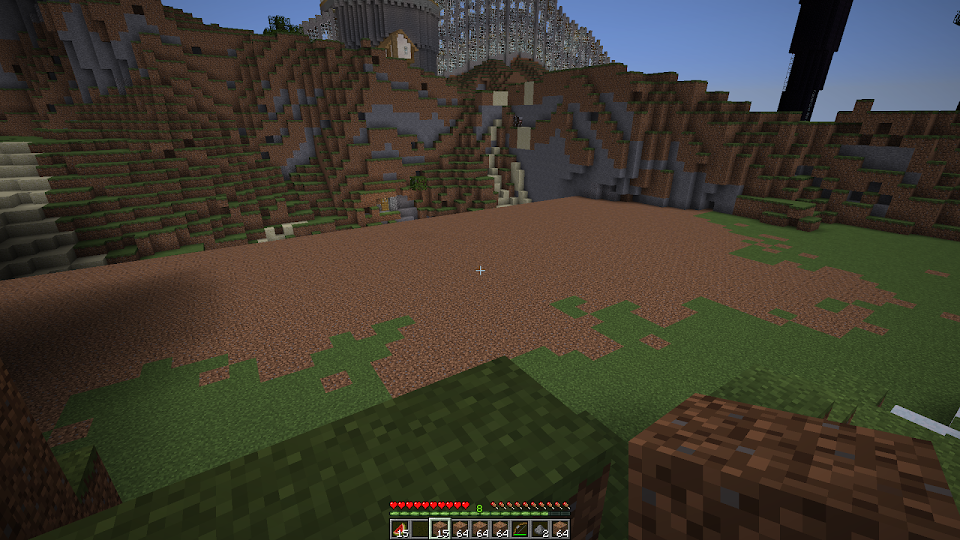 A bi-product was a whole load of nasties spawn underneath it. I managed to largely avoid them by walling up the edges first but the real horror was to come. 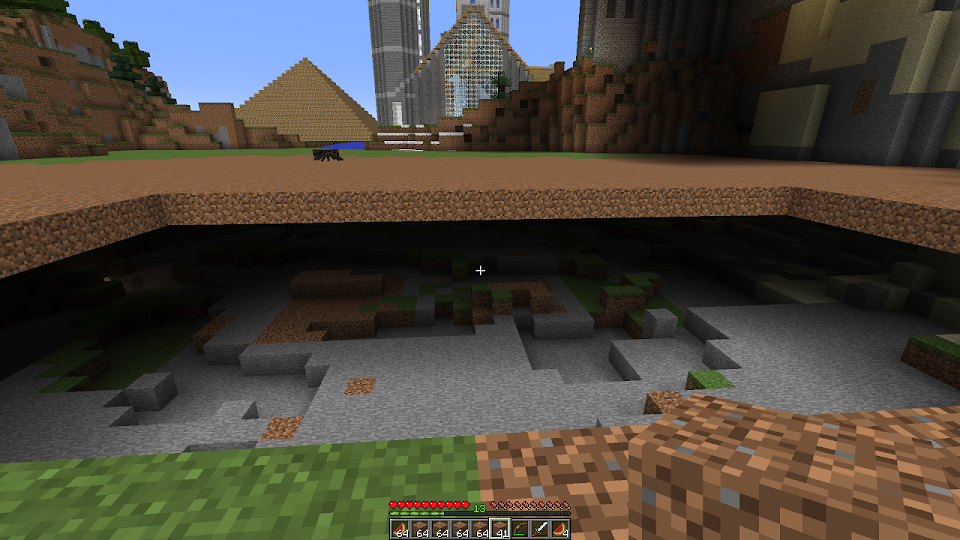 You don't need more than one bucket to fill it in. Once you get going, the water replicates and you can draw directly from not-flowing areas. 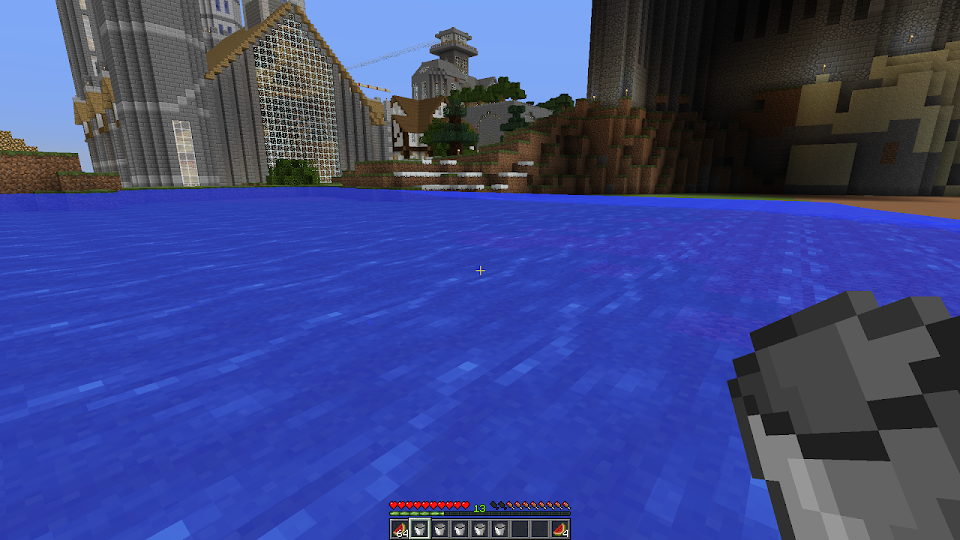 The water complete, looks pretty neat but far too shallow. You can see the floor too easily: 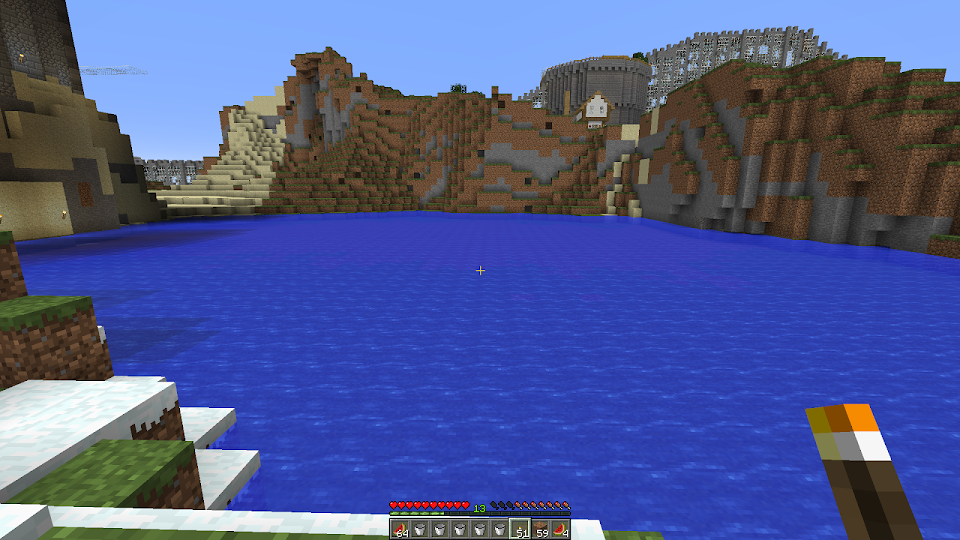 As you start chipping away at the floor (with an enchanted shovel for speed) all manner of nasties that have been waiting underneath it float up to attack you. It was a mix of horror and fun! I went through 80+ arrows dispatching them all. 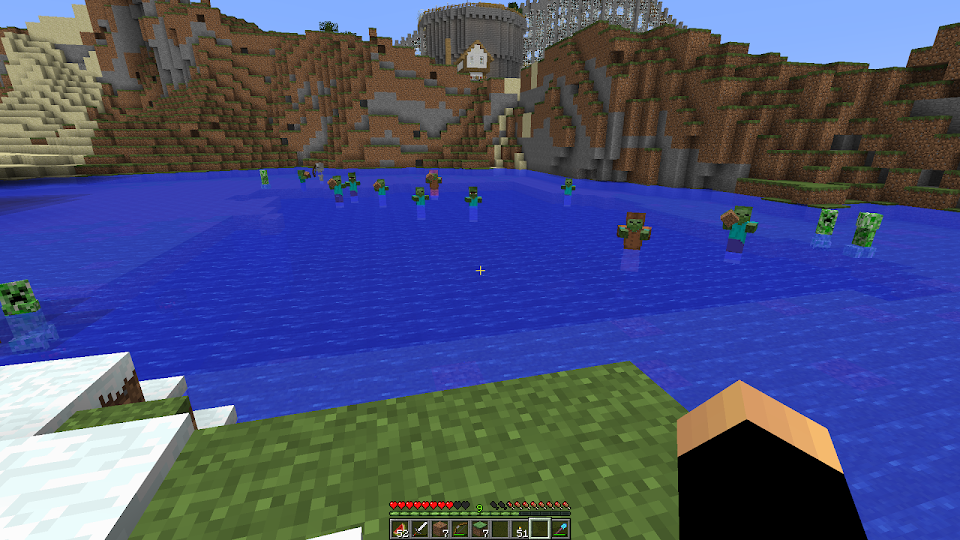 The finished lake. I might put a pontoon in. It only took an evening and a half to do and I'm rather pleased I did! 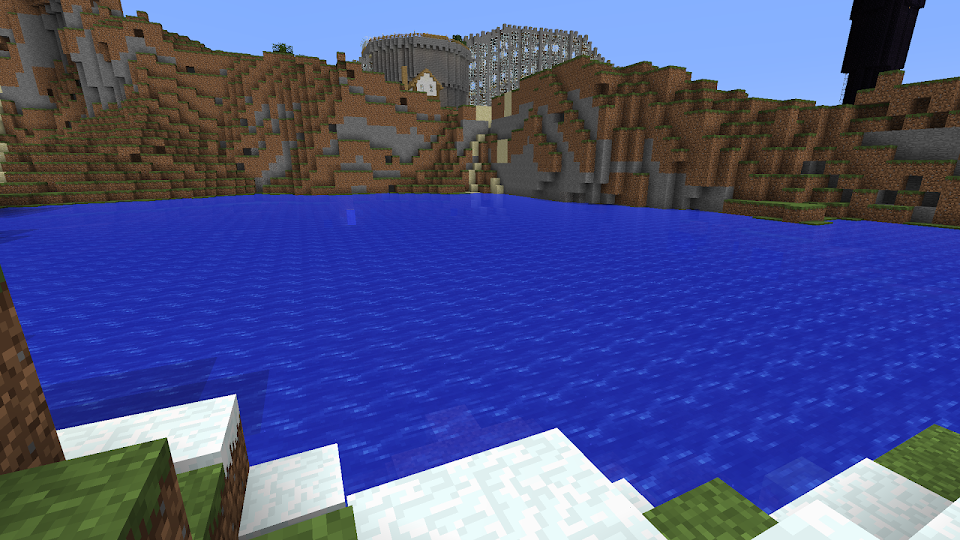